You are here: Home / General / Camillo Negroni, another Italian genius 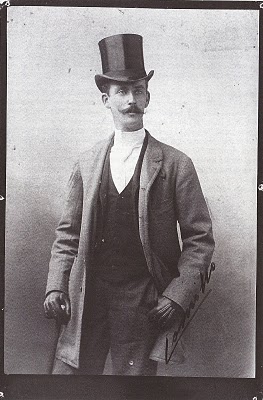 Today I would like to introduce you to an Italian genius to rank alongside Dante, Michelangelo and Leonardo da Vinci: Camillo Negroni.

That’s Count Negroni to you! It was around 1919/20 that the count, a frequenter of the Caffé Casoni in Via Tornabuoni here in Florence, told the barman, one Fosco Scarselli, that he was tired of the usual Americano and suggested something different.

You’ll recollect that the Americano was invented in 1860 by Gaspare Campari, producer of the great bitters drink, and consists of Campari, sweet vermouth and soda water. It was originally known as Milano-Torino, since the Campari came from the former and the vermouth, originally Cinzano, from Turin. It was said that in the 1900s it became known as the Americano because the Italians noticed a surge of Americans enjoying it, but it’s more likely it derived from amaro meaning ‘bitter’ in Italian.

Anyway, tiring of the Americano, Camillo Negroni suggested that instead of the soda water, a slug of gin would add a bit of ‘oomph’ to the cocktail and barman Scarselli duly obliged. He also added an orange garnish rather than the typical lemon one in the Americano. The rest is history.

Orson Welles was a fan. He wrote of the Negroni from Rome in 1947: “The bitters are excellent for your liver; the gin is bad for you. They balance each other.”

Nowadays Italian barmen tend to use Martini Rosso instead of Cinzano, but it’s of little consequence. The better class of establishment also offers you a choice of gin: mine is Tanqueray or Bombay Sapphire.

The Negroni, with one third of each component (gin, vermouth, bitters), well iced and with a sliver of orange, is the ideal drink after a long hard day and a perfect component of the Florentine aperitivi, served in bars and caffés in the early evening as we make our passeggiata before dinner.

This site uses Akismet to reduce spam. Learn how your comment data is processed.